WordPress contributor continuity and other stats

I posted a graph of new WordPress contributors per release and Brian Krogsgard had some questions that I decided to look into.  Mostly he wanted to know how well WordPress did at maintaining contributors. So I made some more graphs. 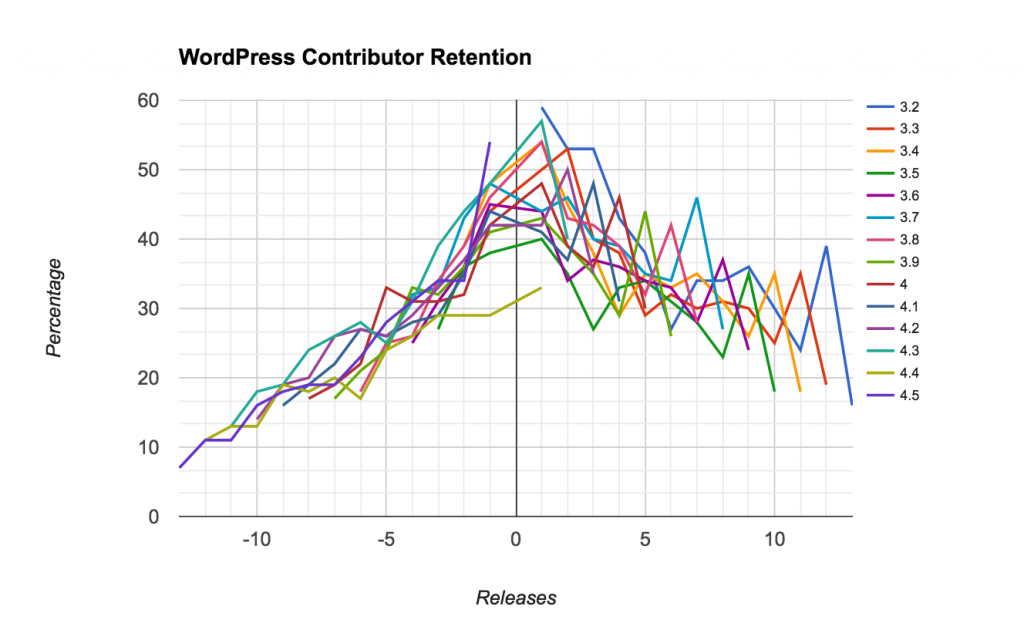 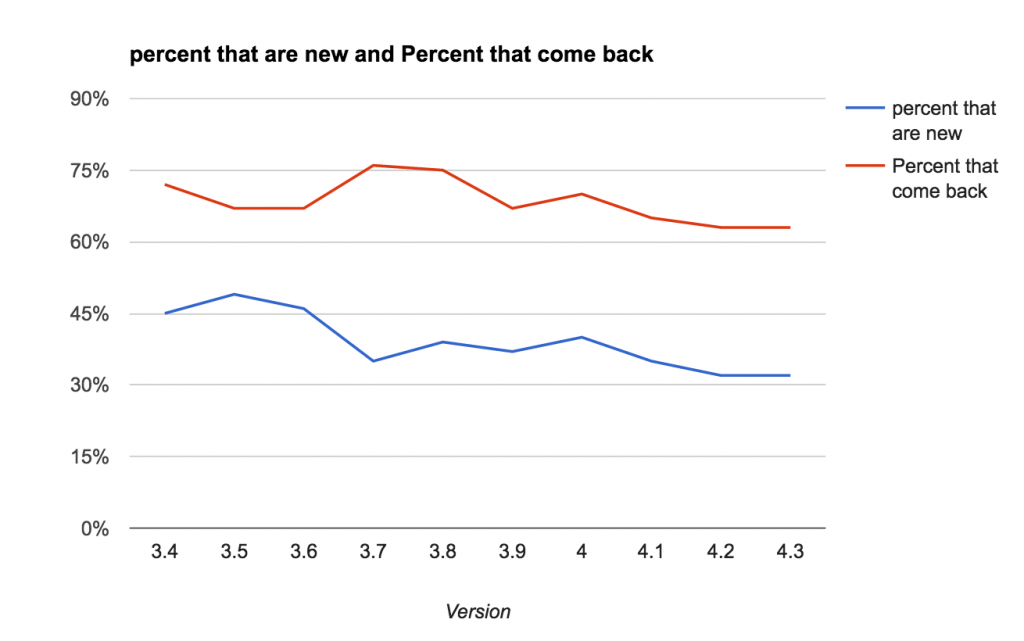 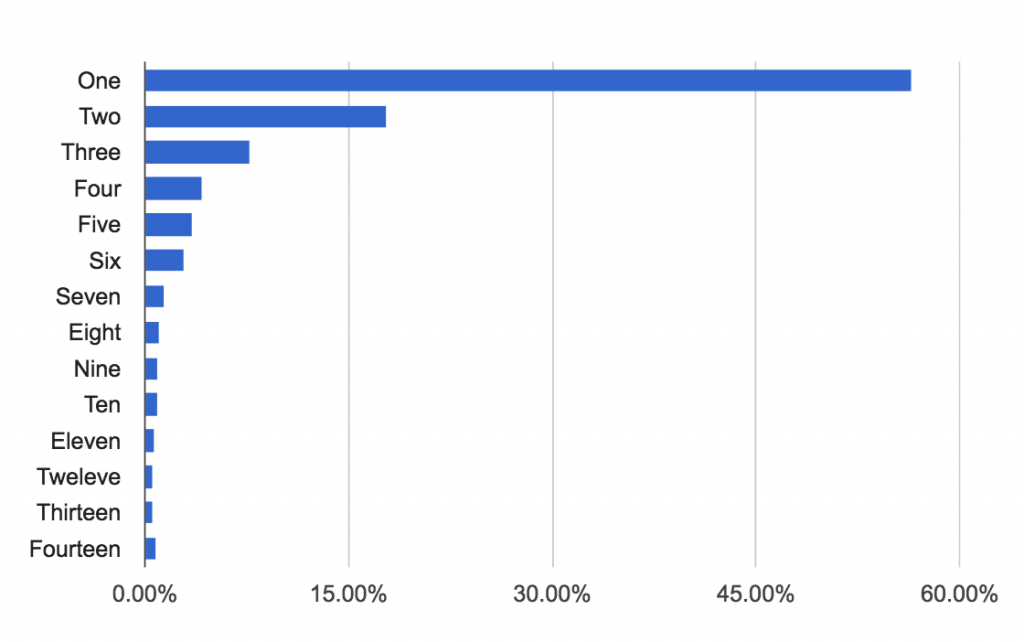 What does this mean? Mostly that we need to continue watching for change in this regard. Outside of 4.4, WordPress has remained consistent. Adding the git mirrors didn’t change anything. Switching to including the build tools and tests in the repo didn’t either.  As the WordPress contribution process continues to evolve, it will be interesting to see what if anything moves the needle.

I will not be taking questions or comments at this time. If you have a reaction, you should get a blog.